After receiving his B.A. in Psychology, Fr. Geromel attended the Philadelphia Divinity School. Upon completion of his Master of Divinity degree in 1973, he was ordained Deacon and Priest in the Diocese of Bethlehem. He served parishes in that Diocese and in the Diocese of Ohio before being called to St. Bartholomew's in 1984.

For nearly a decade, Fr. Geromel served on the council of Forward in Faith North America and was Vice President. He and his wife Alicia formed ESA, which later became FIFNA, in Michigan with the assistance of Bishop Donald Davies.

He has published over one hundred articles in various publication from Review for Religious to Business Week and the Wall Street Journal. His books cover the topics of Ministering to the Family: How to help the Christian Alcoholic in your Family; How to Care for Aging Parents; How you can help your engaged child prepare for Christian marriage; and Family Spirituality.

Besides his M. Div. he holds a M.A. in Psychology, M.S.A. in administration and a Ph. D. in Education. For over twenty years he has been an adjunct professor at Spring Arbor University. He is also a Police Chaplain for the Mt. Morris Township Police Department and the Swartz Creek Police Department.

He is married to the former Alicia Marsland of Greene, New York and they have four grown children and seven grandchildren. 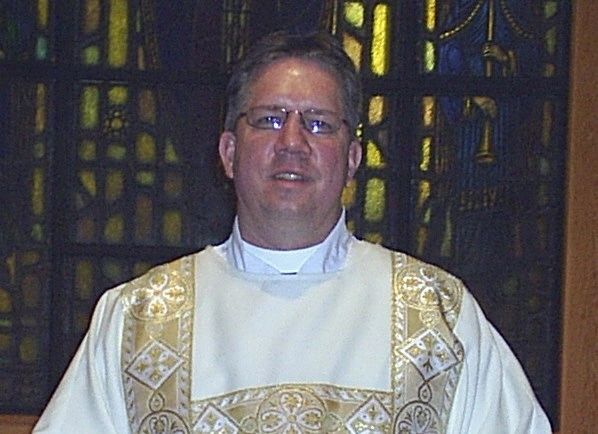 Deacon Steve is married to his wife, Lisa, and have two children, Matthew and Andrew. He assists Fr. Gene at Mass, reading the Gospel and serving the Chalice. He also helps with sick calls, taking the Blessed Sacrament to those in need.